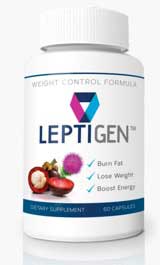 According to the official website, the manufacturers of Leptigen took a look at the weight loss products available and became inspired to create something better.

Leptigen is the “safe and sensible weight loss formula” they finally chose upon and it contains two of the most common diet pill ingredients in the world—caffeine and green tea—but these two diet-pill regulars appear to have been added as a supportive measure only.

The Leptigen marketing campaign makes it clear Meratrim and ChromeMate (both proprietary blends) are considered to be the power ingredients, with Chromate playing a very distant second fiddle to Meratrim. 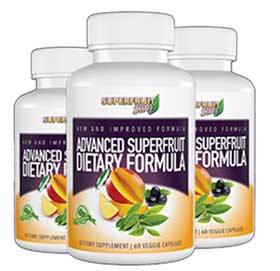 If you are considering Leptigen and finding it hard purchase in the UK and Ireland we recommend an alternative product.

Superfruit Slim is completely natural and highly effective. Superfruit Slim has a 60 day money back guarantee and is very popular in the UK and Ireland

The Leptigen website does not provide any useful information about how the product will achieve the promised results. The biggest part of the information presented concerns Meratrim and site visitors appear to be expected to just read about a promising ingredient and presume the Leptigen formulation is up to the task because Meratrim accounts for a large part of the blend. 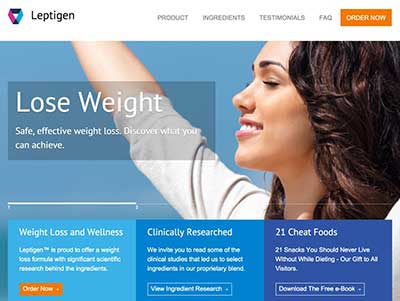 Each dose of Leptigen provides:

Although neither ingredient has been proven effective for weight loss in its own right, there appears to be scientific evidence to support their combined abilities.

The Journal of Medicinal Food published the results of a double-blind placebo-controlled study involving 100 obese people (BMI 30-40). Some of the study participants were given two daily doses of sphaeranthus indicus and G. mangostana. Others received a placebo. Both groups ate a similar diet and went for a 30-minute walk each day. By the end of the study period the placebo group members had lost an average of 3.3 pounds. The participants who were given the plant extracts lost an average of 11.5 pounds.

Usage Guidelines  – One capsule is needed two times each day, with each dose being taken 30 minutes before eating a meal. Results will be improved if Leptigen is used as part of an overall weight management regimen that includes diet and exercise. The manufacturer also says it is important to drink at least eight glasses of water each day. Drinking plenty of water is known to be very good for the body, but it also takes up room in the stomach and can be an effective appetite suppressant in itself. The reasons for this advice is, therefore, open to interpretation.

The only customer reviews are those on the official website and reviews that are provided via manufacturers are not to be relied upon.

The manufacturers mention two side effects (headaches and increased heart rate), but state such reactions are rare. If side effects are experienced, supplementation should be stopped.

Leptigen is not suitable for pregnant or nursing mothers or people under the age of 18. Individuals who have existing health problems should discuss the matter with a doctor before any capsules are consumed. The same advice is offered to people who are taking medication.

Leptigen availability is restricted to the official website. The product cannot be purchased elsewhere and, with a cost of $109.95 (£70) per bottle (lasts 30 days); it’s not one of the cheapest weight loss options available. The only way customers can receive a slightly better deal is to place a bigger order. Customers who purchase two bottles can save $10 (£6) on each one. Customers who buy three bottles of Leptigen save $20 (£13) per bottle.

One bottle or three bottles, it’s a lot of money to spend, but the product is sold with a surprisingly lengthy 120-day money back guarantee. This would normally provide extra peace of mind, but the stinger comes on reading the returns policy details and discovering returns of “overly used products” are not accepted.