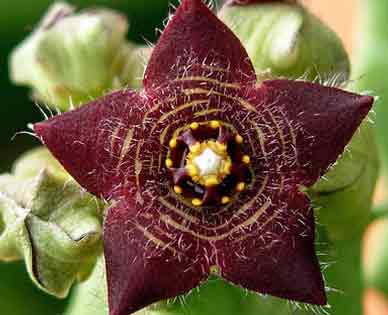 Caralluma fimbriata is becoming an increasingly popular ingredient in weight loss supplements these days, and many supplement manufacturers show enough faith in it to use it as standalone ingredient. Such faith is not unwarranted because several studies attest to the fact the ingredient works, but American TV’s dieting expert, Dr Oz, deserves a passing nod because the strong endorsement he provided on his show gave the ingredient the marketing push it needed, and is more than likely the key reason sales of caralluma fimbriata-providing products took off in the way they did.

What is Caralluma Fimbriata?

Caralluma fimbriata is an ingredient sourced from the succulent plant of the same name. Although it can now be found growing in a number of other countries, caralluma fimbriata is believed to have originated in India and has long history of use as an appetite suppressant. Indian tribe members appear to have been the first ones to take advantage of the ingredient’s abilities, and used to chew on pieces of caralluma fimbriata, while on hunting trips, to calm their rumbling stomachs and help them to concentrate on the job at hand.

How the Ingredient Works

Appetite suppressants are used to combat feeling of hunger. This allows the user to stick to their guns and eat a diet that is so low in calories it fails to provide the body with sufficient energy, thereby triggering the fat burning process. In the case of caralluma fimbriata this is achieved because one of the compounds in the plant (pregnane glycoside) has the ability to interfere with greling production.

Often referred to as the hunger hormone, gremlin is normally released when the stomach senses a lack of nourishment. Once released the grelin hormone enters the bloodstream and is carried to the brain, where it relays a need for more food that triggers hunger pangs. Many ingredients are often believed capable of providing appetite suppression, but caralluma fimbriata is one of just a few that have proven abilities.

A pilot study investigating the effect of Caralluma fimbriata extract on the risk factors of metabolic syndrome in overweight and obese subjects: a randomised controlled clinical trial. [PubMed]

The above 12-week study was conducted at the College of Health and Biomedicine at Victoria University, in Melbourne, Australia. Forty-three adults were involved. Their ages ranged from 29 to 59-years-old and all of them had a Body Mass Index (BMI) that exceeded 25 kg/m2.

The volunteers were split into two groups. Group one was given 500mg of caralluma fimbriata twice per day. The other group received a placebo, and the changes noted during the study period were negligible. However, the group that was given caralluma fimbriata showed a marked decrease in BMI, along with improvements to the hip to waist ratio and waist circumference.

In this case, researchers at St John’s National Academy of Health Sciences in Bangalore, India, selected a mixed group of men and women who were 25 to 60-years old and had a (BMI) that exceeded 25kg/m2. They were split into two groups. One group was given 1g of caralluma fimbriata each day. The other group received a placebo. Both groups followed the same dietary recommendations and the study period ran for a total of 60 days. When the researchers examined the data they discovered the members of the caralluma fimbriata group had a decrease in waist circumference that could not be matched by the members of the placebo book. The figures also showed supplementation with caralluma fimbriata had successfully suppressed their appetites. The researchers concluded: “Caralluma extract appears to suppress appetite, and reduce waist circumference when compared to placebo over a 2 month period.”

There are no guidelines to provide an insight on the optimum dosage, but many of the studies, including the two mentioned above, involved a dosage of 1,000 mg per day.

Potential for Side Effects

Caralluma fimbriata has not been linked to side effects, but pregnant or nursing mothers should always consult a doctor before beginning to take any form of supplement. People who are taking medications, or have existing health problems, should be similarly cautious.

Caralluma fimbriata is undoubtedly one of the best weight loss ingredients available at the present time. It is scientifically proven to work as a weight loss aid and the chances of side effects are unlikely. Some care is to be advised, however, when choosing a product, because some formulations fail to provide a sufficient amount of the ingredient to deliver credible results. Other blends are weakened by the addition of less powerful ingredients that dilute the powers of caralluma fimbriata and make for lacklustre results. Cheap and cheerful can all too often mean cheap and nasty; so it is important to only choose products that have been produced by a reputable manufacturer.