Although most people are aware being overweight can be damaging to the health, it’s all too easy to get the idea that the health-risks only apply to the people who are visibly and dangerously obese. This is not the case. A few extra pounds here and there may not present too much of a problem, but it depends on where those pounds are situated and many experts agree that belly fat can be particularly dangerous.

In 2012 researchers from the Mayo Clinic published a study that showed belly fat can still pose a serious risk to the health even when conventional weighing and measuring methods fail to indicate a problem.

Many people start to accumulate excess body fat around their midsections, but if the amount accumulated does not become too extreme their weight and body mass index (BMI) may appear to be acceptable. The problem with belly fat is it is it squeezes into the spaces between the organs, so it’s a much deeper issue than the visible signs may suggest.

These are risks faced by anyone who has too much belly fat, not just the dangerously obese.

Speaking of the extent of the problem, Dr. Francisco Lopez-Jimenez (Mayo Clinic) stated: “We see from time to time people who have a big belly, but their body weight is normal. Some will be very content and not excited about starting an exercise program, even if they need it.”

But a little belly fat can be a big problem, health wise and should not be ignored.

“Central obesity [belly fat] in the setting of normal weight appears to be more dangerous than any other fat distribution pattern,” Lopez-Jimenez explained.

Lewis Kuller, MD, DPH, (professor and past chair of epidemiology at the University of Pittsburgh School of Public Health) has also expressed his concerns about the dangers presented by belly fat.

“Abdominal fat is thought to break down easily into fatty acids, which flow directly into the liver and into muscle,” Kuller said.

Men are more genetically prone to developing belly fat early on in life, and it can often start to become an issue during the adolescence and postadolescence stages. This is one of the reasons why men are more likely to suffer from coronary disease than women, but lifestyle choices can either contribute to or alleviate the problem. Like all fat, belly fat is merely the results of the body receiving more calories than it requires. Any man who eats a balanced diet and takes regular exercise is less likely to fall victim to belly fat than someone who’s love of beer and/or fatty foods results in their body being flooded with too many calories. 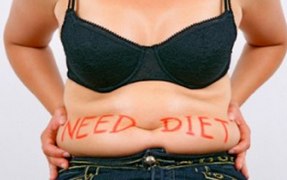 Although women can and do start accumulating fat earlier on in life, they are less genetically prone to doing so and, for most women, the battle with the bulge can be postponed until later on in life. Unfortunately for the female of the species, there are indications that falling estrogen levels can result in an increased likelihood of fat developing around the belly area, though the tendency to be either an “apple” or a “pear” shape can also be the results of genetics. As always though, the weight can be managed by adopting a healthy lifestyle and using supplements if required.

How to Check if Your Belly Measures Up

Experts at the World Health Organization believe problems can best be revealed by taking not of the waist to hip ration (WHR). The waist measurement should always be small than that of the hips and if the WHR exceeds 0.95 (men) or 0.85 (women) it presents a cause for concern because it indicates an increased likelihood of heart disease and other negative health issues.

A more general guide is presented below: