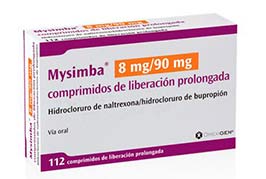 Mysimba is the UK name for the American weight loss drug Contrave.

Although the drug was approved for use as a prescription medication in America in 2014, and is already in use in some European countries, it was not granted a UK medical licence until 2017.

At the time of this review, Mysimba was not available as a prescription weight loss aid, but its UK launch was expected to occur before the end of the year.

Currently there are several weight loss products that are available to buy without prescription that are a better proposition than MySimba as far as we are concerned. PhenQ is one example.

PhenQ is a multi benefit diet pill that can burn fat and suppress appetite – it does not cause side effects and has a long 60 day money back guarantee.

Mysimba is a weight loss medication that contains the drugs Naltrexone and Bupropion.

Naltrexone is normally used as a treatment for people who are addicted to opiate drugs or prone to alcohol abuse. Bupropion is an antidepressant. It is also sometimes prescribed to people who have stopped smoking and need help to battle the craving for cigarettes.

How Does Mysimba Help You To Lose Weight? 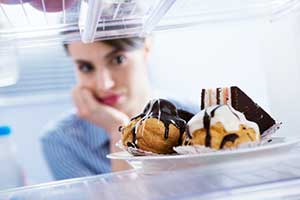 Mysimba is an appetite suppressant. Diet drugs of this nature curb hunger cravings and help make life easier for people who are trying to cope with eating less food.

When the drug is used in conjunction with diet and exercise, it should help create a calorie deficit that is great enough to cause the body to begin burning its stores of fat to obtain extra energy.

The appetite suppressing effect provided by Mysimba is achieved because of the drug’s ability to cause chemical changes in the brain that neutralize the desire for food. This is believed to be largely due to Bupropion’s ability to increase dopamine activity.

Usage Instructions – The tablets have to be taken with water and swallowed whole. It is also recommended they be taken with food. The initial dose is one tablet per day. This is gradually increased until the maximum dose of two tablets, two times per day is achieved (week 4).

At the time of our review Mysimba was yet to be launched in the UK, so no customer reviews were available. However, we found plenty of customer comments about Contrave (the same drug).

“I only lost a few pounds during the first few weeks, but now I’m taking 4 pills a day I’m dropping around 3 pounds a week. Sometimes 4. The only side effect so far is I’m a little more constipated than normal but I can live with that.”
“Contrave works. I took it for 5 weeks and lost 18lbs. The big problem is there are a lot of side effects involved. I was getting a lot of headaches and started to get heart palpitations. Some days I felt sick and dizzy as well. My doctor said the side effects may pass, but they didn’t so I had to stop taking Contrave.”
“I used the pills in the right way and made the necessary changes to my diet. I never felt unduly hungry, so eating less was not a problem. The pills made me a little nauseous for the first few days, then it passed. I’ve already lost 15 pounds, so I am satisfied this medication works.”
“I felt really ill using these pills so after two weeks I decided enough is enough. I lost 11 pounds, so the pills obviously do their job, but I couldn’t stand feeling so sick and dizzy all the time and it was effecting my work.”

Who is MySimba Suitable For?

Mysimba is not suitable for people who are using some kinds of medication, including codeine, pimozide, and MAO inhibitors. It is also unsuitable for anyone who has certain medical conditions, such as diabetes, heart disease, and mood disorders.

Are There Any Potential Side Effects with MySimba

The combination of Naltrexone and Bupropion used in Mysimba is known to be capable of causing many side effects, including hot flushes, restlessness, muscle pain, liver damage, and suicidal thoughts. According to the European health watchdog, Prescribe, the slight weight loss the drug provides makes it “too risky for only modest weight loss“. Customer reviews suggest their evaluation is bang on the money.

Where Can I Buy Mysimba?

You can only buy Mysimba from a pharmacy if your doctor has issued you with a prescription. 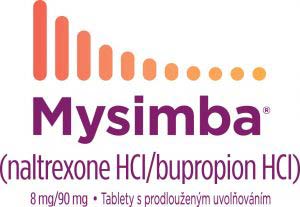 Looking at customer reviews, and the damning evaluation provided by Prescrire, Mysimba appears to have the potential to help people to shed a few extra pounds, but it does not appear to be a particularly powerful drug and the potential for side effects is so high the bad points far outweigh the good.

The top weight loss supplements available are capable of providing far superior results and can do so without presenting the same risk of side effects. Bearing this in mind it is hard to understand why anyone would want to risk using a weight loss drug that is as controversial as Mysimba.