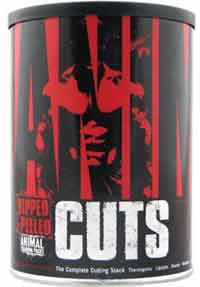 Animal Cuts is a weight loss supplement produced by Universal Nutrition and marketed towards bodybuilding enthusiasts.

The company produces a number of other health and fitness products, but the official website provides only the most basic of information about any of them and zero evidence to support any claims made.

Animal Cuts is fat burner that in our opinion very complicated and overly complex. One user stated “18 pills a day, 9 pills a serving. Almost makes you scared to take it.”

We prefer a fat burner called PhenQ – it is not just a fat burner though, it can also prevent a portion fat from being digested and also suppress appetite. It also has fatigue fighting ingredients

What is Animal Cuts and how does it Work?

According to Universal Nutrition Animal Cuts is an “extremely powerful thermogenic” that can improve levels of focus and enable increased endurance during exercise periods. These benefits then allow the user to work out longer and harder and burn off extra fat. The claims don’t stop there, Universal Nutrition also promises extra energy and appetite suppression. If this is true Animal Cuts users will consume fewer calories each day while also burning off an increased amount of them.

Other promised benefits include: 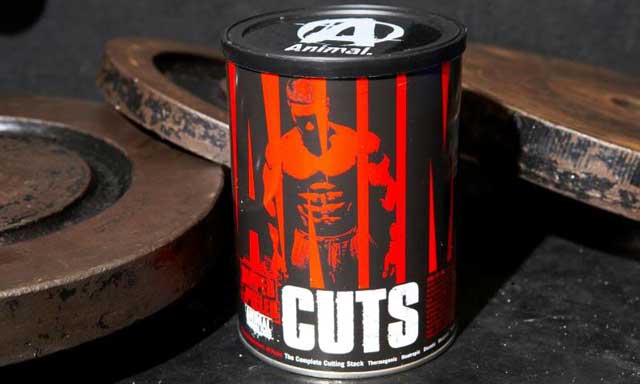 Animal Cuts contains over 40 ingredients, but with so many ingredients involved it is debatable whether the inclusion rates will be high enough to secure effective weight loss results. To make matters more confusing, the ingredients are incorporated into eight proprietary blends. This makes it impossible to work out what the individual inclusion rates may be.

Caffeine and guarana are good energy providers and can also ensure increased focus and concentration. Green tea and green coffee bean extract are proven thermogens, and raspberry ketones can also support weight loss, but some of the other ingredients, such as ginger, will only dilute the powers of better ingredients. The use of diuretics such as dandelion root is also a cause for concern because users may think they have lost weight when in actual fat they have merely lost water.

L-Tyrosine is reputed to boost a sluggish metabolism by stimulating healthy thyroid function, and coleus forskohlii is often credited with the ability to protect against loss of muscle mass, but any benefits provided would be dependent on sufficient inclusion rates.

How to Take Animal Cuts  – The official sales page provides no information about how the product should be used, but other sites are more forthcoming. One site states two packs of Animal Cuts should be consumed each day, on an empty stomach, for a period of three weeks. Supplementation should then be ceased for one week, after which a three week on/one week off cycle should be followed until the desired weight loss is achieved.

Customer feedback shows a mixed response to Animal Cuts. Some past users praise the formulation’s prowess. Others state it failed to work. Still others bemoan the side effects they experienced.

“It worked wonders for me. The dry mouth and constant peeing took some getting used to, but it was worth it in the end. Highly recommended.”
“Appears to work well if you eat right and take plenty of exercise, but expect to sweat a lot when the thermogens are working and don’t stray too far from a toilet because you may need to pee more than usual.”
“Total waste of money! Got to take loads of pills per dose, but no results whatsoever. Will not buy again.“
“I couldn’t sleep at night and I couldn’t stop puking by day. I was hoping for a nice toned “beach body” for the summer, all I got was belly ache and disappointment. Not worth the money, not worth the risk, and certainly not recommended.“

Possible Side Effects from Animal Cuts

The official Animal Cuts sales page makes no mention of side effects, but the blend contains several sources of caffeine, so caffeine-related side effects are possible and could include the jitters, nausea, headaches, and heart palpitations. Some of the other ingredients are also known to be problematic so Animal Cuts is not recommended for pregnant or breastfeeding mothers or anyone who has any health problems or concerns. Any user who experiences negative issues is advised to cease supplementation and seek medical advice at once.

Where To Buy Animal Cuts

Animal Cuts can be purchased from the Universal Nutrition website. Expect to pay around $65 / £42 €52 for a box of 42 packs, but don’t expect a money back guarantee or bulk buy incentives. It is also possible to purchase Animal Cuts via Amazon and some other online retailers, but the price remains the same across all outlets. 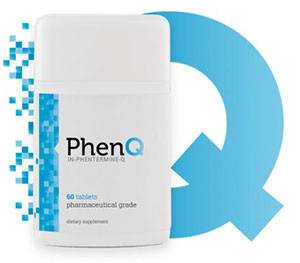 As suggested above we recommend PhenQ in this category. In our opinion it more than matched Animal Cuts as fat burner and is so much more versatile as it can block fat (stop or prevent the accumulation of fat cells) as well as suppress appetite.

PhenQ is also covered by a full 60 day money back guarantee and has a zero delivery charge to any destination in the world.

Find out how PhenQ compares to the highest ranking fat burners